When autocomplete results are available use up and down arrows to review and enter to select.
Resources + Insights
Mar 3, 2021 Understanding the market, preparing quality submissions and choosing experienced partners with access to available capacity are keys to navigating this challenging casualty environment.

The story of the casualty market in the first quarter of 2021 has similar themes to the end of 2020, with both attritional losses and nuclear verdicts continuing to drive pricing increases. While primary general liability remains fairly flat, rate continues to be the driving force in the excess marketplace.

“In the excess market, the average rate increase over the last 12 months has been over 50%. And we have seen increases as high as 300% in certain industry segments,” says Tom Dillon, Amwins National Casualty Practice Leader.

A key difference in the market this year is that the new carrier entrants into the excess space have begun to temper rate increase in the traditional E&S areas of the market. This capacity has come from both London-based and domestic sources. “The capacity we’re seeing come into the marketplace is experienced capacity. Meaning well-established, well-regarded and well-capitalized insurance executives are willing to deploy their capital in tougher spaces, such as infrastructure projects and large commercial projects,” Dillon says. However, it will take time for the impact of this infusion to be fully felt in the marketplace, and several segments still face a capacity crunch, particularly in high excess layers.

With many accounts entering their second renewal cycle of large pricing increases, the expectation is that rates, while still climbing, will slow their steep ascent. “I believe most of our carriers are now comfortable with their current attachment point and limit deployment on individual risks. However, there may be some movement in the certain classes, especially auto-exposed risks,” says Dillon.

Throughout 2020, the casualty market for construction saw tightened capacity as well as higher rates and deductibles. Certain classes have been hit harder than others, such as construction defect, as well as some venues, including New York, Louisiana, South Carolina, Colorado, New Jersey, Georgia and Washington. Although these conditions have continued into 2021, gradual rate softening is expected. Some markets are also providing tiered rates and offering creative pricing structures to assist with the increases.

There will be a few new entrants into this marketplace for primary coverage in the first half of 2021, which may provide some relief. However, excess capacity is still tight, particularly in the lead $10 million. Accounts with large auto fleets, residential/habitational construction, and street/road construction are finding the lead $5 million extremely difficult to place.

“We are having to involve a larger number of carriers to fill out excess towers. This is also driving the increase in pricing,” says Jennifer Mier, Executive Vice President and National Construction Practice Co-Leader, Amwins Brokerage in Dallas, TX.

There still is robust competition for renewable practice programs, although this is an area where potential firming is expected this year. Primary wrap-ups for frame apartments, which had been flat to soft for years, started seeing significant firming last year, which has continued in 2021.

“Frame residential projects on the west coast as well as Florida are particularly challenging, with an average of 20-40% rate increases over primary in other areas,” says Jett Abramson, Executive Vice President and National Construction Practice Co-Leader, Amwins Brokerage in Manhattan Beach, CA. Driving that trend is the relatively small number of carriers writing a large volume of these accounts that started reallocating their capacity.

In general, carriers are not pushing for restrictive terms, with the exception of blanket communicable disease exclusions. This exclusion is most problematic for contractors looking to enter the sanitization space. “We have been successful placing a few of these risks in the environmental market,” says Mier.

To succeed in this segment of casualty, retailers should get to market early and focus on submission quality to gain the attention of time-strapped underwriters. “Underwriting requirements are up, so complete submissions are a must,” says Scott Jensen, Executive Vice President and National Construction Practice Co-Leader, Amwins Brokerage in Satellite Beach, FL.

Excess liability is seeing much higher price increases and capacity reduction, especially on accounts with large auto fleets and auto losses. More carriers are needed to build towers, with excess rates up 15-30% depending on class and on top of previous cycle increases. “Excess carriers are looking for higher attachment points,” says Heath Cunningham, Executive Vice President, Amwins Brokerage in Atlanta, GA. “This will put pressure on primary carriers to fill the void, if not the buffer markets.”

“Capacity in the lead $25 million of excess is becoming very difficult,” says Ben Abernathy, Assistant Vice President and National Energy Practice Leader, Amwins Brokerage in Atlanta, GA. “Additionally, refineries and pipelines are faced with higher rate increases than other segments of the energy sector, with only a handful of markets willing to look at lead on those classes.”

For the next 12-18 months, look for rates to continue to rise. “It’s more important than ever for retailers to not only prepare their clients for these increases, but also provide quality submissions with a narrative on the insured’s risk management practices,” says Katie Wood, Vice President, Amwins Brokerage in Dallas, TX. “Working with a wholesale broker who specializes in energy placements and has strong market relationships is to key to success in this changing marketplace.”

Placements in the public entity sector are growing increasingly difficult. Escalating loss costs and severity trends, qualified immunity erosion and legislative uncertainties, increased payout patterns on liability claims, heightened adverse media scrutiny upon law enforcement, joint and several liability, and modified views of social responsibility are all factors contributing to an unrelenting reduction in existing capacity. At the same time, there is a lack of meaningful start-up capital flowing into the segment.

“This market is at an inflection point of challenge, where all stakeholders involved need to approach renewals collectively with a solution-oriented mindset, coupled with regular, creative and candid communication throughout,” says Brian Frost, Executive Vice President and National Public Entity Practice Leader, Amwins Brokerage in Woodland Hills, CA.

“Advanced strategic renewal planning, awareness of shifting market positions and their corresponding treaty expiration dates and outcomes, and consideration of non-traditional capacity solutions, sources, and structures are all essential in order to effectively combat the market challenges that lie ahead through the 2021 renewal cycle,” Frost adds.

In the real estate segment, 2020 was the year of dramatic rate increases on excess, especially for accounts that moved outside of programs or from standard markets that non-renewed business in the lead. Although rate increases in 2021 may not be as dramatic, carriers are still not letting up. Capacity remains tight, with difficulty obtaining more than $5 million of excess in the first $10 million from any one carrier. Quota sharing is now occurring within the first $25 million and lead excess buffers of $1 million to $2 million are more commonplace.

Carriers have been adding communicable disease exclusions and pushing Assault & Battery sublimits where incidents have occurred. Habitability exclusions, previously found only on California business, are now being added by some carriers in other states as well.

It is also becoming more challenging to split up schedules. “More carriers are taking a hard ‘no’ stance on this strategy because they don’t want to be adversely selected with more challenging locations while the more favorable ones go elsewhere,” Alison says.

Underwriting scrutiny has also increased. “Carriers are asking for more years of loss runs, extensive security information and more detailed supplementals, to name a few,” says Alison. “They have such a flow of new business that they don’t need to entertain submissions that lack the more detailed information.”

In the transportation sector, best-in-class risks are seeing single-digit to 15% rate increases, while distressed risks continue to face significant premium jumps and tough market scrutiny. The good news for buyers is that capacity does continue to expand as more entrants come into this space, with primary auto carriers increasingly willing to offer more than just $1 million combined single limit.

The primary space has seen significant changes in underwriting appetite. “Many markets have turned away from regions deemed a litigious nightmare – including the Northeast, Southeast and Gulf – placing moratoriums on new business in those regions,” says Chris Loggie, Executive Vice President, Amwins Brokerage in Chicago, IL. Since a large percentage of the primary auto space is comprised of risks that are distressed – often due to loss history, alarming growth, poor driver pools, unsatisfactory CABs, etc. – markets are relying more heavily on their loss control arm and utilization of telematics to dictate whether to partner with a potential insured.

“Navigating the transportation sector can be very difficult, so it’s important to partner with a true wholesale specialist that not only has market access and clout but can steer you in the right direction to secure you and your client the right coverage,” says Loggie.

In excess, capacity is still tight, but shocking rate increases have somewhat relented. “The best performing risks, which are doing well from a loss perspective, are now seeing less than 20% rate increases on lead excess layers,” says Dickinson. “Risks with significant loss development and other negative risk factors will see rate increases of 20% or greater. Additionally, capacity for very large towers can still be hard to find.”

While no longer a purely high excess market for Fortune 1,000 insureds, the Bermuda market has contributed to the recent increase in capacity in casualty, which is available from lead umbrella through the tower. Additionally, Bermuda continues to lead the way as a center for alternative solutions, with multiple new registrations bringing the number of captive insurers to 680.

Despite the increase in overall capacity, most carriers have reduced their maximum available limits, typically offering $10 million rather than the previous $25 to $50 million. However, limits of over $100 million can still be found. Minimum rates per million have moved up from the $2,000-5,000 range to $7,000-10,000.

Hard market conditions in the casualty marketplace are expected to continue for at least several quarters, although at a diminished level compared to last year.

“Eventually, capacity coming into the sector will likely provide some rate relief, but the forces driving the price increases haven’t let up,” says Dillon. “Unless there is some meaningful tort reform, or until carriers gain more of a comfort level in certain segments and are able to avoid large verdicts and settlements, we will see a continuation of these challenging conditions.”

In this difficult space, access to a diverse market roster through a wholesale broker with experience and established relationships is essential to connect to available capacity.

What is Critical Illness Insurance? 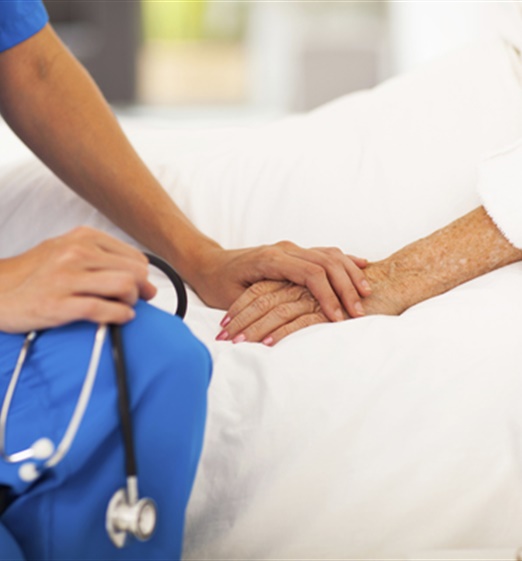 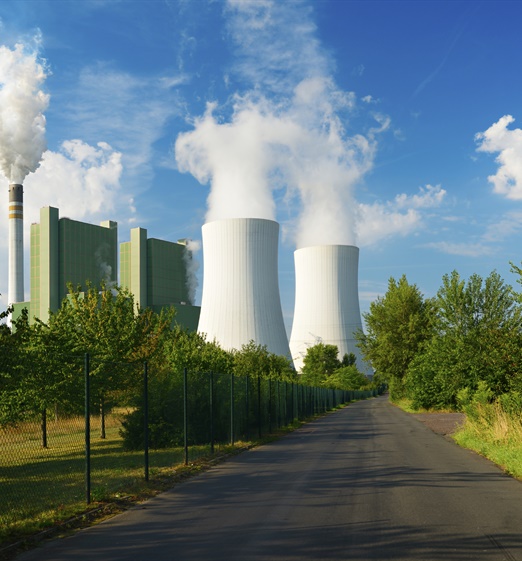